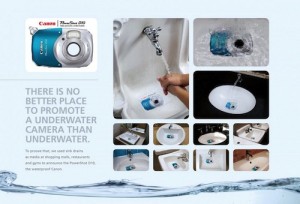 Just as the promo below says, “no better place to promote an underwater camera”. We like it for two reasons: The placement is about as strategic as you can get; The sink environment will almost always capture your full attention. A nice bit of smart. From Giovanni+Draft FCB, Sao Paulo, Brazil. For some reason, too… Read More » 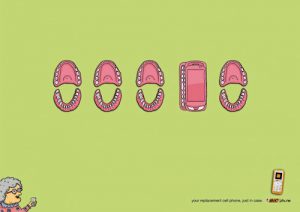 This campaign by Ignition K, Madrid for cheap Bic cell phones (marketed in Europe) is a simple poster-y reminder that things do happen and if they do, there’s Bic. Simple, fun illustrations against bright backgrounds create a distinct look for Bic that conditions you to identify the ‘Waldo’ with the character in the corner. Creative… Read More » 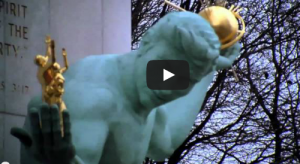 There were two disastrous problems with Chrysler’s saccharin ‘Imported From Detroit’ spot. The first is, it forgot what it was about. The second was Eminem. Set aside the inflated self-importance and working class hyperbole. And set aside the grandiose, heroic tone of The Voice, which one would normally associate with a retelling of the grand… Read More » 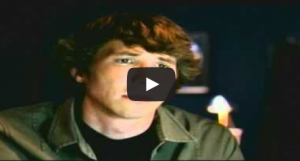 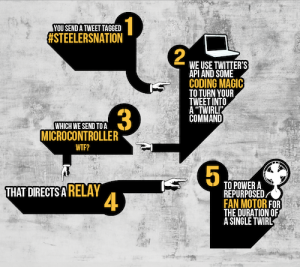 Twerrible towel is so twitty we bit and twirled.

McKinney put up this Twerrible Towel website as a Steeler’s Countdown to the Super Bowl. It’s a live feed consisting of a laptop which displays your tweet. Wires lead to a repurposed little fan motor with a model hand holding a yellow towel. As the site explains, the towel spins once every time you tweet… Read More » 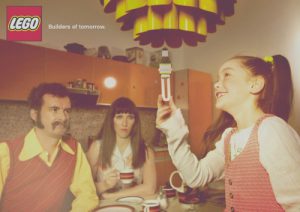 Lego looks back to visionaries of the future.

We like this campaign for Lego by Serviceplan, Munich (yes, we’ve been featuring a lot of creative from Germany these days). ‘Builders of Tomorrow’ (curated by scaryideas) features kids innocently creating the technology of tomorrow under the noses of their naive parents. The TV spot is a super 8 recreation which will seem more historical… Read More » 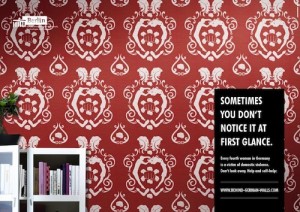 As ugly as it is, domestic violence is too often a difficult thing to spot, even when it’s happening right before your eyes. This ad campaign created by DOJO, Berlin for Senat of Berlin’s (oddly named) Dept. for economics, technology, and woman, makes the point in ingenious ‘Where’s Waldo’ style. (For another another unusal visual… Read More »

For those of you freelance creatives and ad students looking to get in on a potential high profile pitch, see Victors and Spoils new open brief for WD-40. For those in my Killer Work class at SVA who worked on WD-40, here’s a chance to develop your ideas with an actual deadline and see what… Read More » 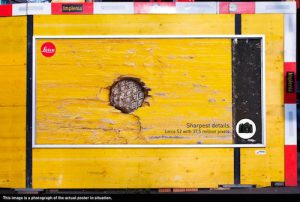 Leica ads point out how arresting details can be

These arresting poster ads for the Leica S2 ‘Sharpest Details’ campaign are placed on the actual surface of the element they’re magnifying. Created by Advico Y&R, Zurich, the vivid posters demonstrate the camera’s remarkable 37.5 million pixel capabilities. What makes any story truly compelling — and great advertising is story-telling — is the detail of… Read More »

Stone and Parker rejoice in LeBron embarassment of riches.

We weren’t going to comment on the LeBron James Nike stink-pile-of-an-ad because, well, it was just too frickin’ offensive. But then we saw the South Park parody and rejoiced, and it motivated us to join in on the turd-throwing at the tone deaf thinking behind Nike’s LeBron screw-you ad. But first we want to toast Matt… Read More »