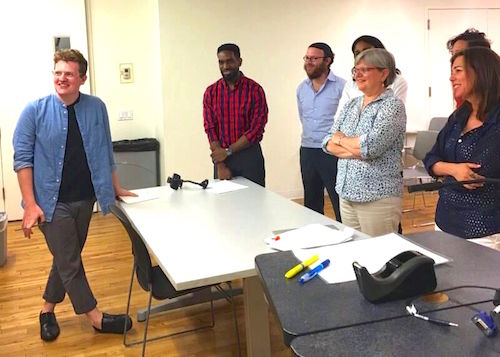 Sometimes you find them first, and everything else builds around them.

Sometimes you find them in a corner, embedded in a headline or a line of copy.

And sometimes a great campaign awaits a tagline, like a beautifully baked wedding cake waiting for a topper.

In this summer’s Killer Work class, on one single day, the team came in with a bucket of great taglines. Some were the capstones of campaigns, some staked out a territory they wanted to dig around in. All insightful and interesting.

For Ha-Lo Top ice cream, which distinguishes itself as a healthy dessert and not a diet ice cream:

All of these great lines in one day. I’m so inspired by this group of minds!