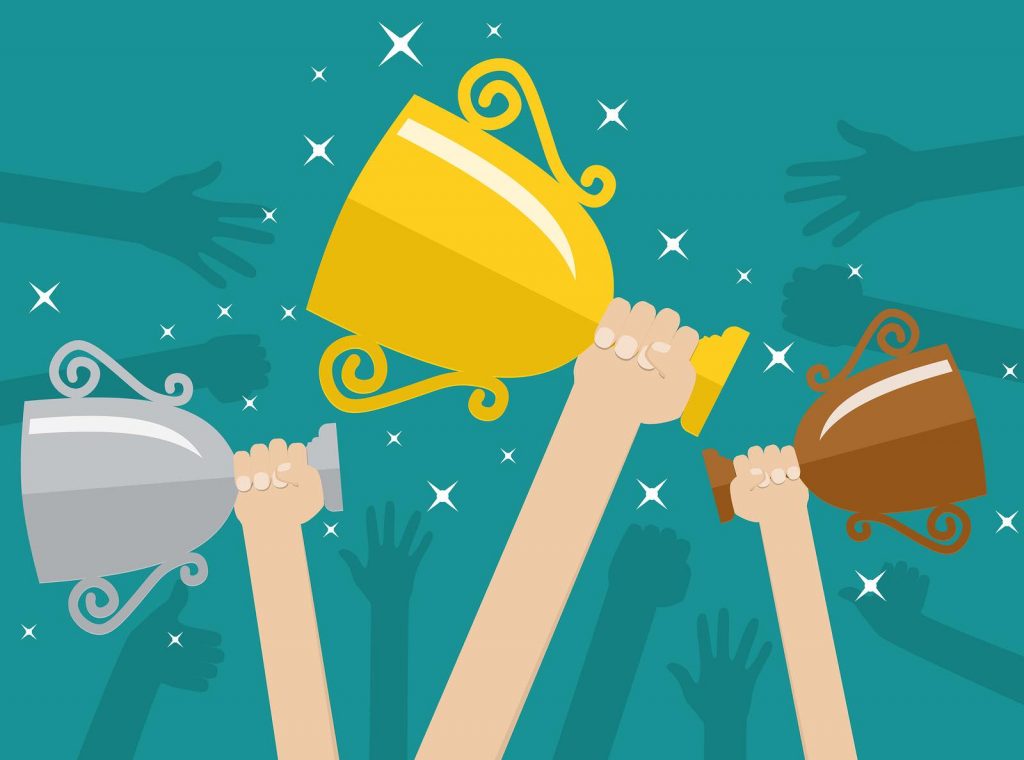 Maybe you’ve heard the rule: ‘Brainstorming is not a competition.’  I hear it a lot.

Brainstorming is a competition! Isn’t everything in business?

You can’t bring together driven C-Suite execs, high level creative teams, or top level sales people who bring in millions and ask them to leave behind the very spirit that got them there. You can’t bring talented creatives to a table and ask them NOT to fight for their ideas. Sure, people try to ‘play nice,’ but deep down they want to win. So don’t turn that spirit off. Instead, ratchet up the competition. It’s a huge motivator, and a strong way to keep the brains in the room… in the room.

How do you harness that competitive spirit?

Have fun! Here are two super effective ways to keep a group engaged and to bring out their best ideas:

Who doesn’t love games?! They keep participants focused and energetic. Creative people like them because, well, we like to play games. Driven people love them because games have winners and losers. I’ve challenged groups with mental obstacle courses – like making them think inside unnecessarily small boundaries or limiting the resources they can use to solve a problem. In traditional white board sessions, I have the group vote for the best ideas and I give out silly prizes. Sometimes, depending on the stakes, I’ll work with management to offer an award of value. But trust me: Offer a winning prize of five $1.00 lottery tickets and you’ll see how important it becomes to high powered execs, sales people and creatives.

Create teams and pit them against each other

I don’t mean break-out teams, I mean competitive teams. Make them give themselves names. Dumb? Of course! But it creates identity. A team rallies together around winning, and that turns a group of individuals into a tribe that advocates for its ideas. And the hearty spirit of competition – the chiding and the posturing – actually connects teams to one another. (Note: When the facilitator is the judge, it can make him or her the bad guy, but that’s okay. Just like Simon Cowell, it keeps the facilitator in charge.)

We used both techniques for a brainstorming event I facilitated for an insurance company’s annual national sales conference. Our goal was to develop ideas for a new client relationship-building initiative and wanted to use the meeting to tap the collective brainpower of the organization. We broke everyone into teams and ran a series of idea development sessions. Each team selected their best idea and presented it to the entire conference. The ideas were voted on American Idol-style and 3 semi-finalists were chosen. A panel of execs then debated the top three in private and chose the winning idea, which became the company’s next initiative. How’s that for bragging rights?

My experience is that most sales people believe that brainstorming is a waste of time. But the energy at that meeting was electric and it produced a number of really fresh ideas (and the runner-up teams even received lottery tickets!)

Don’t fall into the ‘everyone play nice’ trap.

In your next brainstorming session, let the team compete just like they do everywhere else in their business and creative lives.

Brainstorming’s hard work. But it you add a healthy dose of competition – even add a dash of silliness – you’ve created a fertile environment for making brilliant ideas.

Looking to develop a great brainstorming event? Shoot me an email at mark@makebrilliantideas.com.