At the Future of Storytelling Festival I learned the future’s not here yet. 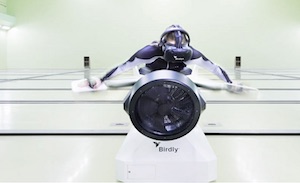 Recently, I attended the first Future of Storytelling Festival, held here in NYC. Here’s what I learned: When it comes to storytelling, the future’s not here yet. At least not in the way it’s been hyped.

Advances in VR and 360 represent phenomenal promise in story-telling experience.  But the opportunities to use them to enhance storytelling — at least as represented at the festival — are still pretty rudimentary. In fact, some of the ideas, like audience-guided stories, were demonstrated at the World’s Fair 50 years ago. Truth is, the majority of technologies presented here were experiences more than stories, and most of the ones that were stories had minimal plots. (Note: no video gaming was represented here.)

For me, the most powerful applications for 360 storytelling are for subjects like travel to give the participant an ‘on the ground’ experience. And it’s especially powerful to help potential donors to charitable organizations connect emotionally to what life is like in a region of the world far away (see Chris Milk’s TED talk: How virtual can create the ultimate empathy machine). 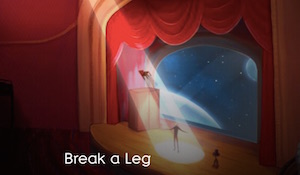 There were several truly immersive VR experiences like ‘Break a Leg’. Gear up, and you’re a magician performing feats of wonder before an audience of alien creatures. A pair of hands I held which were filled with sensors along with the headset enabled me to walk around my stage, pull door-sized panels from my magic top hat, levitate audience members and create balls of energy that I could move across the stage. Because I’m not a gamer, I was clumsy with the hands, dropping items (even an audience member), and I kept bumping into the edges of the room. Since you’re always aware of your bulky technology, you feel immersed, and not. And despite the backstory they created, it was really a game and not a story.

Your Eyes Tell This Story 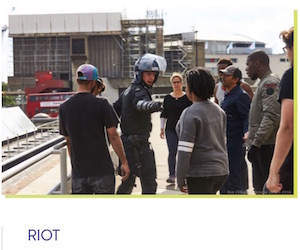 RIOT puts you are in the middle of a demonstration that goes bad. It’s not VR or 360. It’s a decision-driven experience whose nifty gizmo is facial recognition software that determines how far and where you progress in the story.  At given points, the film stops and cameras record your expression then match it against a database of human emotions.  Depending on the reading (do you appear calm? Worried? Angry?) it determines where the story goes or whether it even continues. And according to its database, my face at perfect rest reads hostile – so hostile in fact, the game would not let me continue.  So I put on a Cheshire Cat smile and got through the entire story. A fun concept, and a lesson learned about myself. But the technology is still looking for its legs.

My take on things: Technology offers incredible story-telling potential. But for the most part, that seamless future hasn’t arrived yet — the technology doesn’t enhance a story so much as it uses a story to show off the technology. Not that it isn’t cool, but what’s important for advertising creatives to know is, story is still king.

So focus on telling a great story for your client. And if there’s an opportunity to use a technology to share it better, by all means consider it. But don’t let the cool factor drive your idea making.